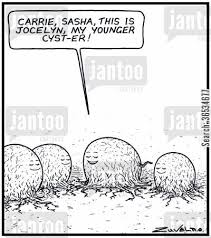 Blastocystis hominis is a single-celled parasite which is commonly found in both humans and animals. The symptoms and illness Blastocystis causes vary from person-to-person and there is still a lot of debate whether some of the illnesses sufferers report are from the Blastocystis or something else not yet discovered.

Despite being one of the most common human intestinal protozoans in many developing countries, knowledge about it and clear views on treatment are sketchy and contradictory.

How did I get it?

It is thought that the parasite is transmitted through contaminated food and water. But as it is not 100% clear how the infection is spread, to help stop it spreading the best advice is to maintain good personal hygiene practices, prepare food carefully and avoid drinking water that may not be clean.

For a long time it was believed that Blastocystis was harmless. Today we know that this is not the case.

There are about 10 subspecies of Blastocystis. Of these, 2 or 3 are known to cause complaints. The others may cause no symptoms, although it is possible to be allergic to the parasite and the allergy will then cause issues. Research is currently underway to develop techniques to distinguish the harmful variants of Blastocystis.

It is thought that the Blastocystis parasite does not cause serious illness, but can cause chronic intestinal symptoms. The most common symptoms are:

However, many people with Blastocystis have no symptoms at all and may carry the parasite for years before it causes any problems (if at all).

Diagnosis of the parasite can only be done with microscopic examination of a stool sample. When requesting the test, it is important to note the need for including parasites in to the mix as a straight forward stool analysis will not pick up the parasite.

A treatment approach has two objectives – treating the presenting symptoms i.e. diarrheoa, abdominal pain, as well as looking to kill off and clear out the parasite.

There are a number of antimicrobial herbs and nutrients showing success in the eradication of the parasite. These include:

The probiotic Saccharomyces boulardii is also showing benefits as it both introduces beneficial active cultures into the large and small intestine, as well as providing protection against pathogenic microorganisms.

An important consideration with treatment, is that once you know you are clear of the parasite (through re-testing), the gut will need to be healed and repopulated with friendly bacteria.

Eradicating Blastocystis needs to be done under the supervision of a healthcare practitioner. Call the Natural Chemist to book in for a consult with one of our expert team 1300 882 303.

Adrenal fatigue: taking care of your body’s shock absorbers
3rd May 2021
You are what you eat – are your genes making you fat?
3rd May 2021
Self care – the art of meeting your own needs
3rd May 2021
Clearing the cobwebs – why detox?
3rd May 2021
Magnesium: the amazing mineral
3rd May 2021
Is there a link between additives in skin care products and dermatitis?
3rd May 2021